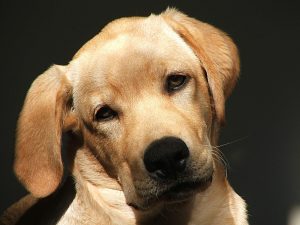 Indianapolis pet planning is very important if you are a pet owner. Your animals depend upon you for their safety and their security, just as other family members do. You owe it to your pets to make sure that they are safe and provided for if something should happen to you and you become unable to care for them.  Frank & Kraft can provide you with assistance with the Indianapolis pet planning process. We can help you to make a pet plan as part of a comprehensive estate plan that … END_OF_DOCUMENT_TOKEN_TO_BE_REPLACED

Anyone who thinks that Americans don’t focus an extraordinary amount of money, time, and energy on their pets simply hasn’t been paying attention. By most estimates, the people of the United States spend tens of billions of dollars each year on food, grooming, clothing, veterinary services, and a host of other amenities for the country’s roughly 400 million pets - including $58 billion in 2014 alone. To put that into context, that amount represented about five times what American spent at the … END_OF_DOCUMENT_TOKEN_TO_BE_REPLACED

When you create a trust, you name someone that you love as the beneficiary. Usually, this beneficiary is going to walk on two legs. However, it is also possible to create a trust that would benefit a furry loved one who walks on four legs. Most states in the union do allow for the creation of pet trusts. We practice law in the state of Indiana, and it is possible to create a trust for the benefit of a pet in our state. In fairness, if you are a relatively young adult with an immediate … END_OF_DOCUMENT_TOKEN_TO_BE_REPLACED 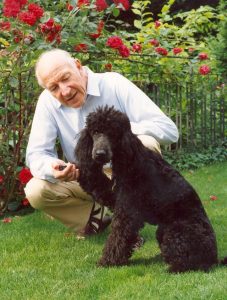 If you are a younger dog owner, you may not be too concerned about providing for your canine companion in your estate plan.  In truth, you could gain a lot of peace of mind if you do include your pet, because you never know what the future holds. This being stated, pet planning can be very relevant for senior citizens.  Imagine the life situation of a senior who has lost a spouse along the way.  The children are grown, and retired people don't have daily contact with … END_OF_DOCUMENT_TOKEN_TO_BE_REPLACED

If you are concerned about predeceasing your pet, you are probably wondering how you can include your pet in your estate plan. There are a couple of different ways that you can set aside resources for the care of your pet when you are planning your estate. Direct Bequest to Caretaker You could ask someone to agree to take care of the pet after you pass away. If you create a last will to direct the transfer of your monetary assets, you could leave this person a direct bequest that is … END_OF_DOCUMENT_TOKEN_TO_BE_REPLACED

Pet planning for dog owners may seem like something that is really not important because dogs have much shorter lifespans than humans.  This may be true, but what if you bring a dog into your home as an elder? Dog ownership can be an ideal antidote for loneliness.  As many of us are aware it is not uncommon for senior citizens to lose people close to them.  They can subsequently feel quite a void in their lives.  This can sometimes lead to depression. It's difficult to … END_OF_DOCUMENT_TOKEN_TO_BE_REPLACED

When you look around the house as a senior citizen and find it empty day after day it can take a toll on you.  People are generally social by nature, and loneliness can lead to depression. While you cannot turn back the hands of time you can remain positive and take steps that are within your control to improve your quality of life.  One way of doing so would be to get yourself a dog. There are two objections that you could have as a senior citizen.  The first one may … END_OF_DOCUMENT_TOKEN_TO_BE_REPLACED

Our pets provide us with many intangible joys, and they certainly deserve some rewards in return. A lot of people take this to heart and pamper their pets, but when it comes to certain celebrities they take things to another level. Estate planning attorneys will always remind their clients that you have to remember your pets when you are planning your estate.  While it is true that you may live longer than your dog or cat, there are no guarantees and it is better to be safe than sorry … END_OF_DOCUMENT_TOKEN_TO_BE_REPLACED

If you are like a lot of Americans, you may have a loyal four-legged friend by your side, and indeed dogs are fantastic companions.  In the eyes of your dog you are the most important person in the world and there is no denying that it is a good feeling to be held in such high esteem, even if it is coming from a canine point of view. All kidding aside, pets are obviously valuable to people of all ages but owning a dog can be especially good for senior citizens.  It is not uncommon … END_OF_DOCUMENT_TOKEN_TO_BE_REPLACED

When you're planning your estate it is a good idea to engage the services of an estate planning attorney for a number of different reasons.  For one thing, there is more to it than simply drawing up a last will.  A last will is one way to transfer assets to your loved ones, but there are other options as well and the ideal strategy is going to vary depending on the identity of your assets and exactly what it is that you want to accomplish with your estate. Another reason why it is … END_OF_DOCUMENT_TOKEN_TO_BE_REPLACED

There's a lot that goes into setting up a comprehensive estate plan, but with our FREE worksheet, you'll be one step closer to getting yourself and your family on the path to a secure and happy future.